On New Years Eve my cousin and his family came over to spend the evening and night. They have 2 children under 4, and we have a 2 1/2 yr old. So nobody gets out to a party. Especially since our mothers love to go out to friends places on New Years, thus ridding us of babysitters. Gee, Thanks Mom.

We decided this would be the best of both worlds! They came over, I made a spectacular dinner, and then they put their children to bed upstairs, we all had a few drinks, watched the countdown, played labrynth and just chatted. It was loads of fun and we’ll for sure do it again. Sure playing boardgames isn’t exactly party hardy (Especially since we’re all under 25!) but when you have small children, adult boardgames are out of the question, so it really was fun!

Sorry for the crappy photos, it was taken quickly before putting on the table for a hungry crowd. Their 1 1/2 yr old, literally held his face 4 inches from his plate and vacuumed the rice into his mouth with a spoon. It was so cute! 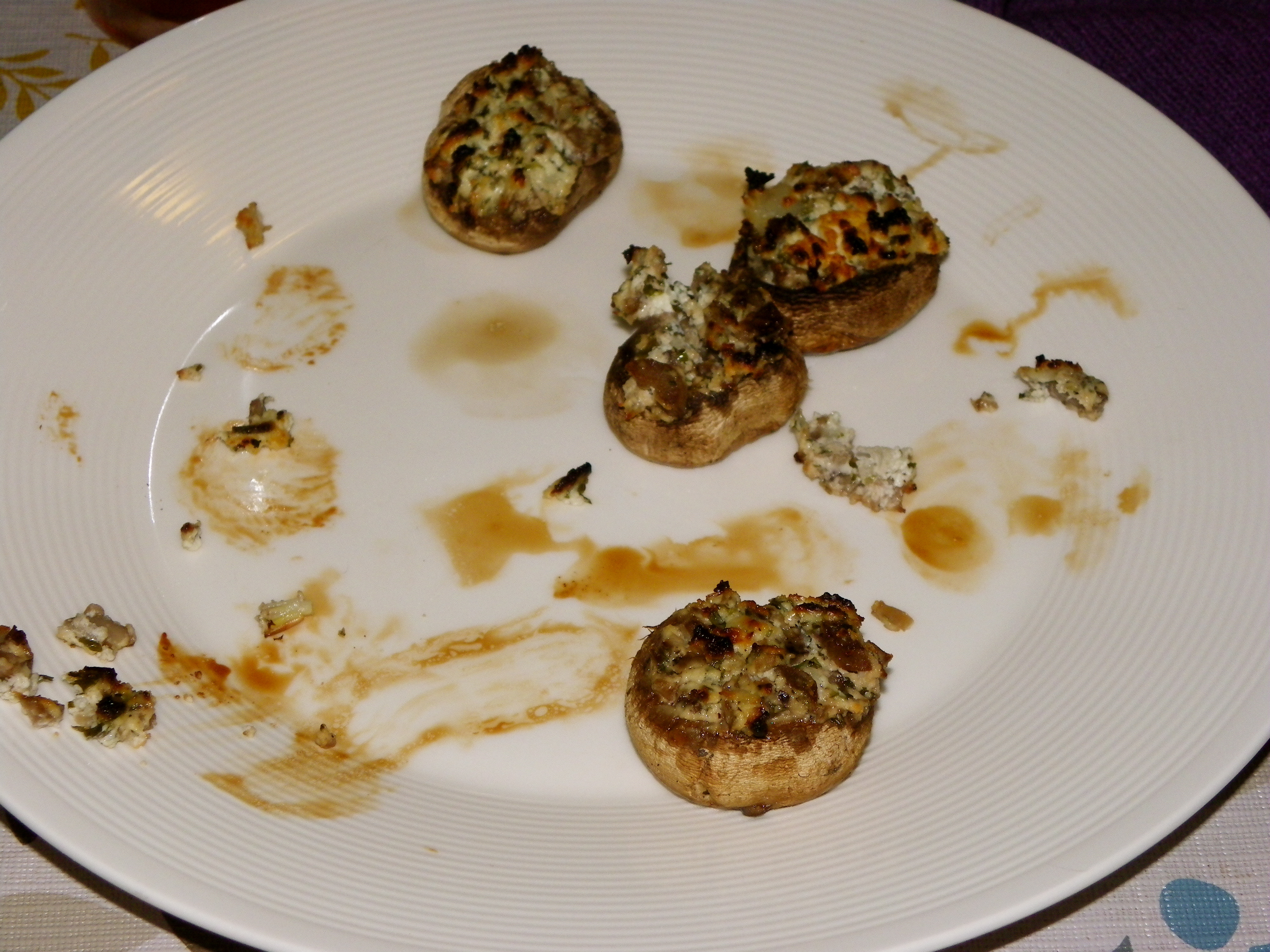 I put the plate on the table, went to get my camera and came back to this. Considering 11 were eating in very short order, I’d say they’re delish!

These were super simple, 15 mushrooms, stems pulled out and chopped up small, stems tossed into a bowl, caps onto a oven safe pan. Into the stems add 2 minced green onions, 3 minced garlic cloves, 1 113 gram package of roasted garlic goat cheese and pepper to taste. Mixed it all together and stuffed it inot the caps! I use a small to medium size mushroom, you don’t want them too large for finger food. 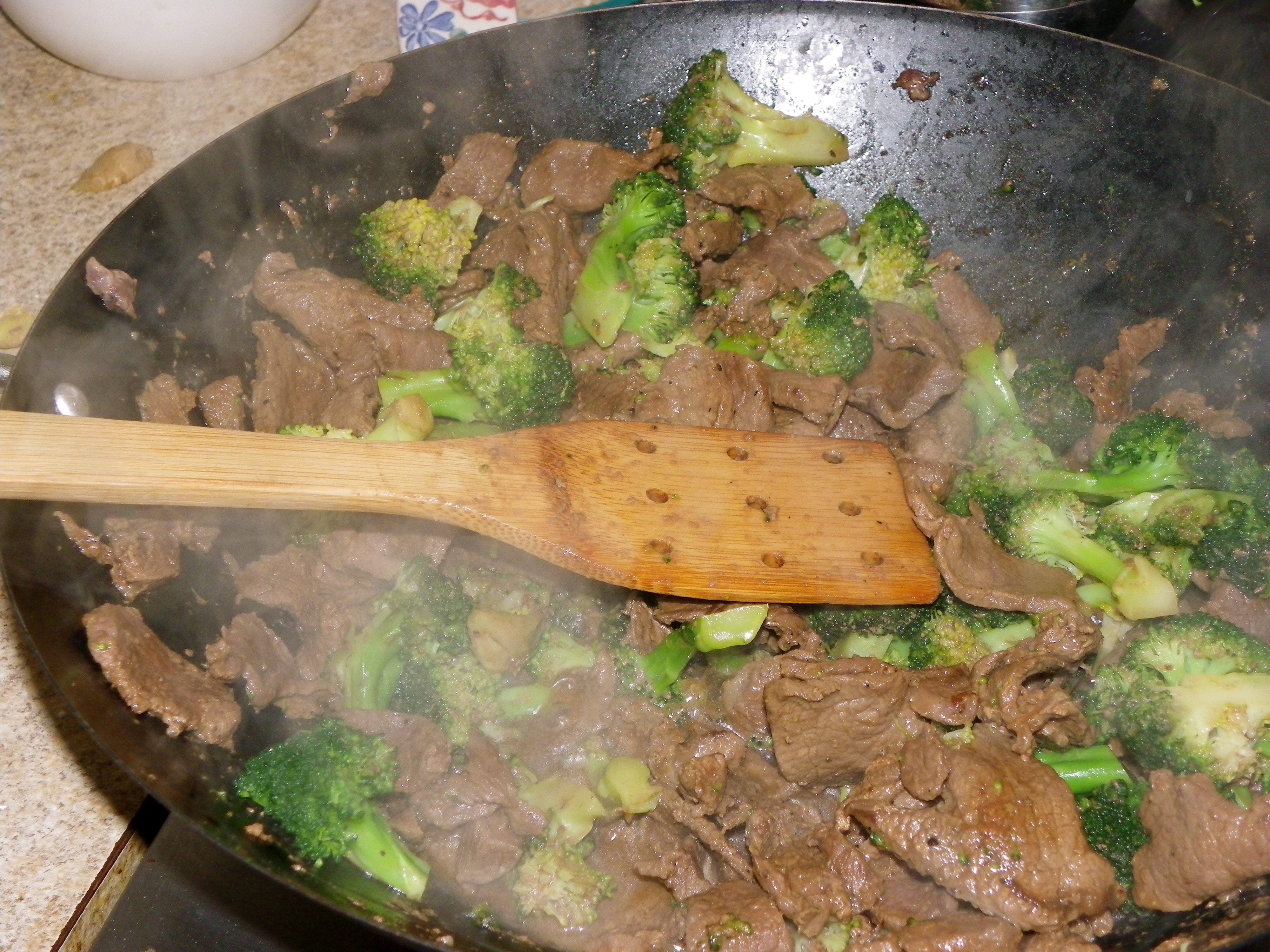 It usually has waaay more broccoli…not sure why I skimped on it? Didn’t realize until I mixed the two together. I make this all the time, and serve it with rice for a quick but yummy meal. For gluten free, I had to leave out the oyster sauce, but added more soy sauce. Then again…I didn’t use soy sauce, I used Braggs gluten free seasoning! 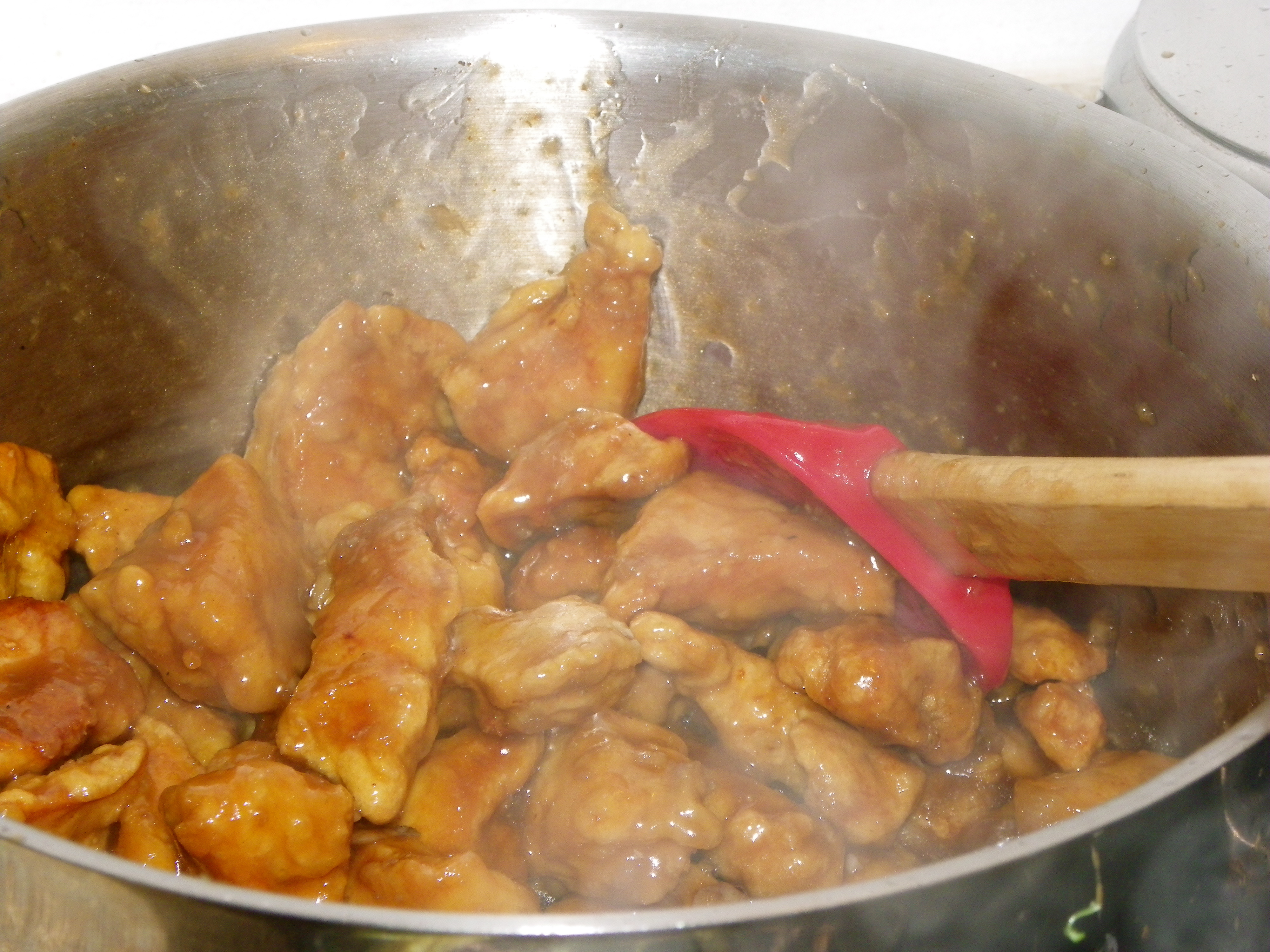 Cowboy can’t get enough of this, he eats 2X as much as he normally does when I make it. It’s kind of labour intensive, but worth the effort for a special meal. I substitute Braggs for the soy sauce as well. 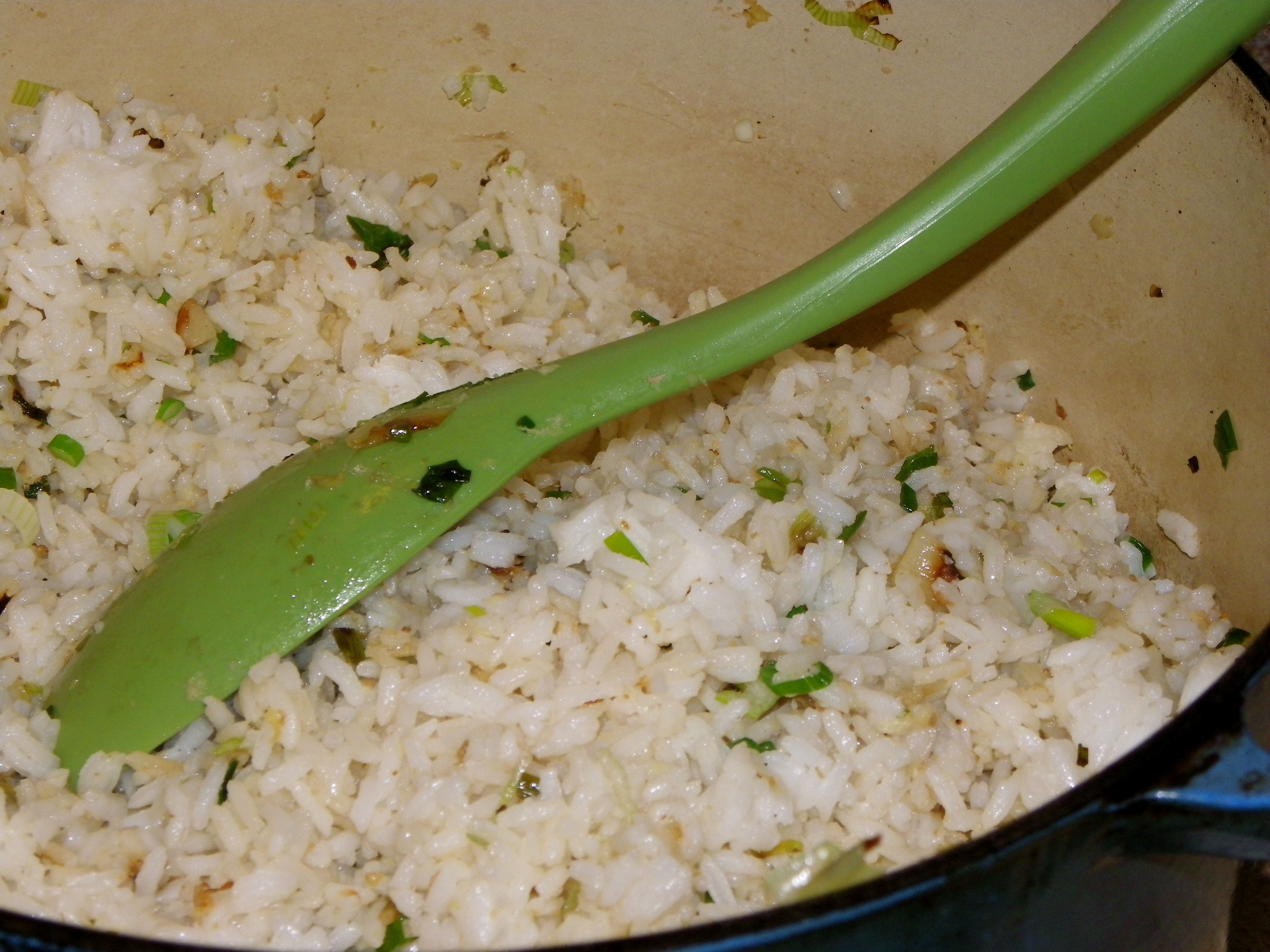 This rice is weeknight easy. If you make rice the night before, just double it and make this the next night! I added 1 cup of peas right after the photo was taken. I used frozen peas, but they were room temp when I added them. I’d say add them when you add the rice if they are straight from the freezer! I skipped the rice wine and squirted Braggs all over it before serving. I added a bunch of garlic along with the green onions and ginger. I used more of both than it said…we were all getting sick with a cold and I figured those three were the kick in the pants that cold needed!

I spilled the rice after ahhh one (three?) two many mojitos and it went all over the inside of the fridge and the floor. Again, 1 1/2 yr old was on it and shoveling it into his mouth with his hands.

Not my finest hour. 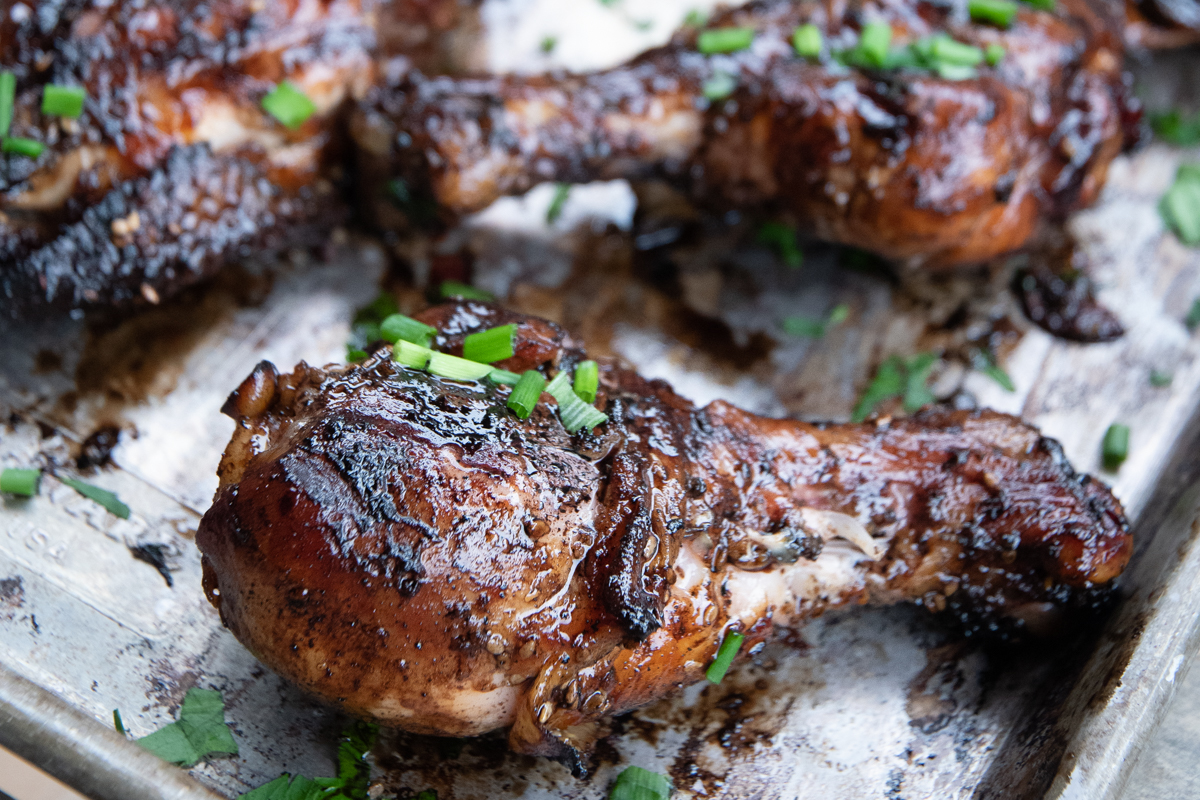 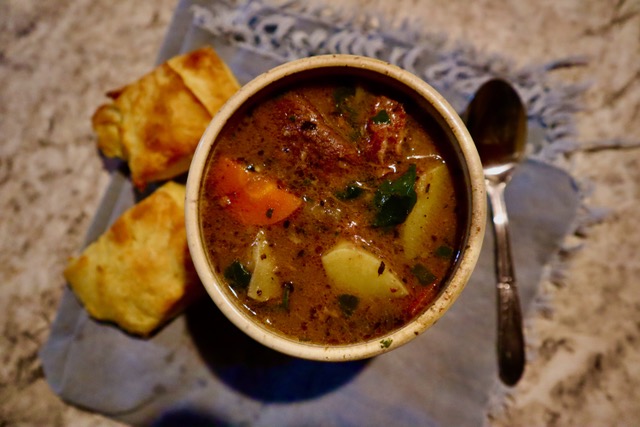 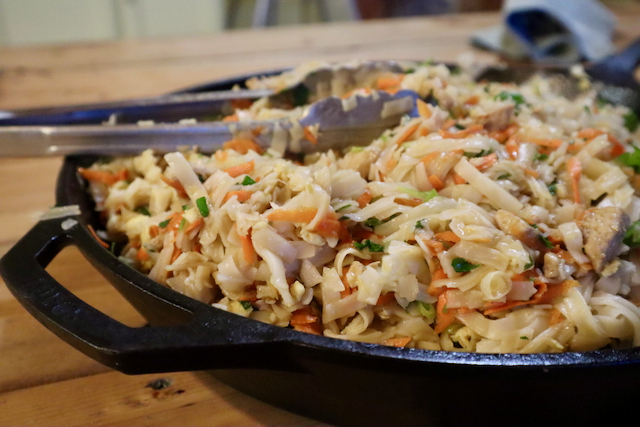