Now many of you aren’t going to like this. I’m writing it for those who are in the position I was last summer. I wish I had read something like this, and that’s why I’m putting this out there!

From August 2011-June 2012 we tried breeding our milking cow. She had multiple calves before this one, but we sure had troubles. She had a miscarriage, as well as just not taking through AI (Artificial Insemination). P’Lady was a small cow and couldn’t be bred to anything but a Jersey, due to hybrid vigor. (Sometimes a cross breed will end up being a big calf even if bred to a small bull) We didn’t have access to a Jersey Bull. 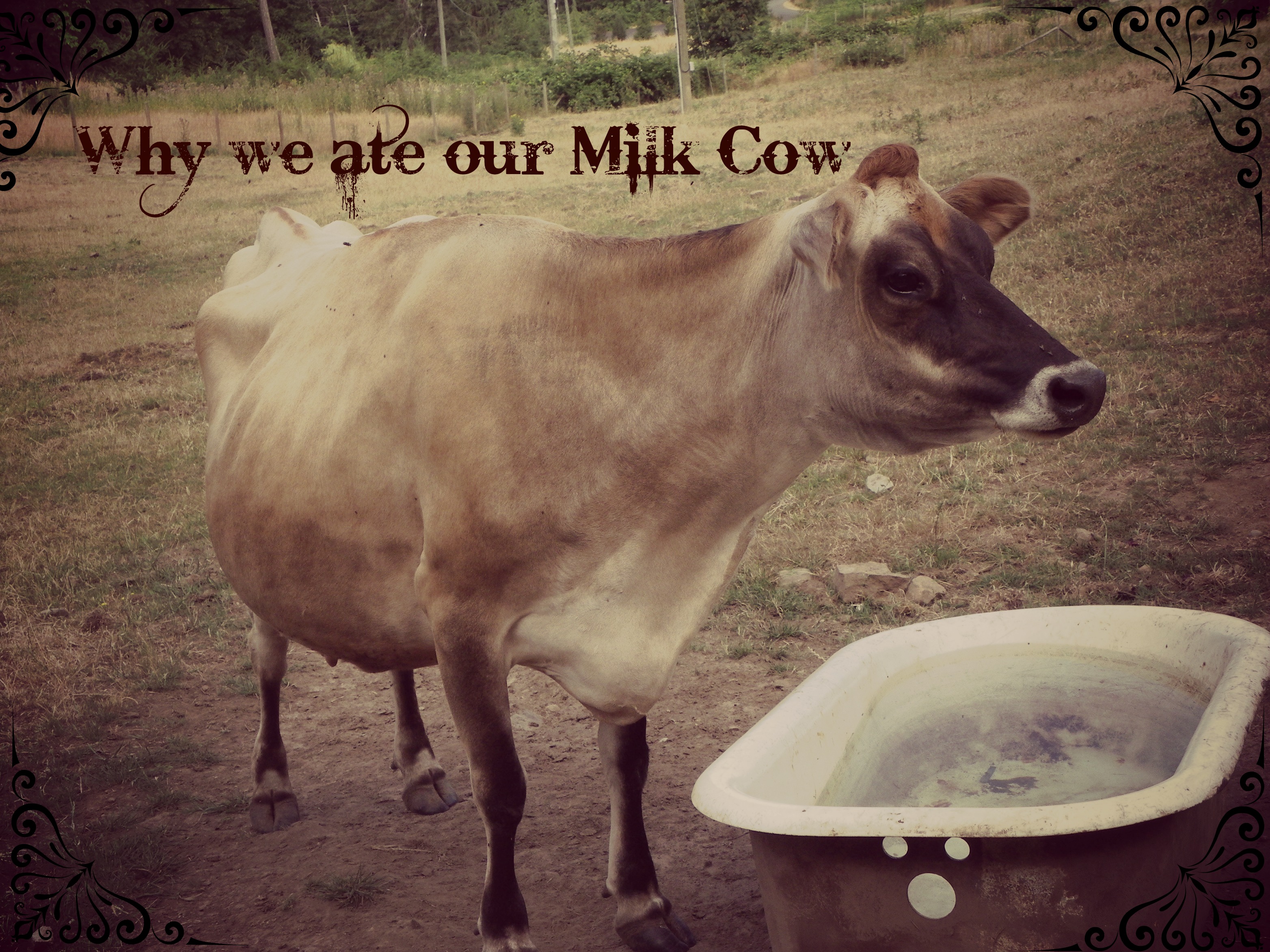 10 months and $600 later, our vet told us to call it quits. My Poppa grew up with the Vet, we were confident in his call. We didn’t want to waste any more money either!

But where do you go from there? What are your options?

You can just shoot and burry them, but that seemed like a big waste, and not honouring the cow we’d had for 4 years.

If someone had said they wanted her, and that they were going to try breeding her again, or eat her, we would have happily given her away.

We didn’t want to have to make this decision.

There was good grass and we didn’t many other animals grazing it, so we decided to just let her eat grass until the fall.

Secretly, I hoped we could give her one more try at being bred.

But then it came fall. She’d been on good grass for 4 months, it was cold enough weather to butcher her, and I was about 37 weeks pregnant. She had to be butchered, there was no other option that sat right in our minds. My pregnant self said I wouldn’t eat her. (I changed my mind after seeing how amazing the meat looked as we butchered.)

Also, we’d put $600 into breeding her, we needed to get some money back, even if it was in the form of meat. Grass fed ground beef goes for $6 a lb around where we live. If we could put 100 lbs of ground meat into the freezer we’d have come out ‘even’. We didn’t need the meat, we had plenty of venison, so my Stepdad Doug and Brother in law, Jered, helped and we split the meat.

Marius was quite excited to try eating her, as Jerseys are known to taste really good, even if they don’t have a whole lot on them.

The day dawned cold and dreary, I stayed inside with Mac while Doug fired up the backhoe to dig a hole for the skin, guts and bones, and Marius got ready to shoot her. I didn’t want to see that, and I didn’t think Mac should either. You never know how an animal will react when shot, and this had been a family pet. Marius said that it was hard to shoot her. We’d spent everyday with her for 2 years straight milking. She’d lived on our farm for 4 years. You either strongly dislike or really like an animal you spend that much time with!

We didn’t have time or the place to hang her, so we just slaughtered then went straight to butchering. 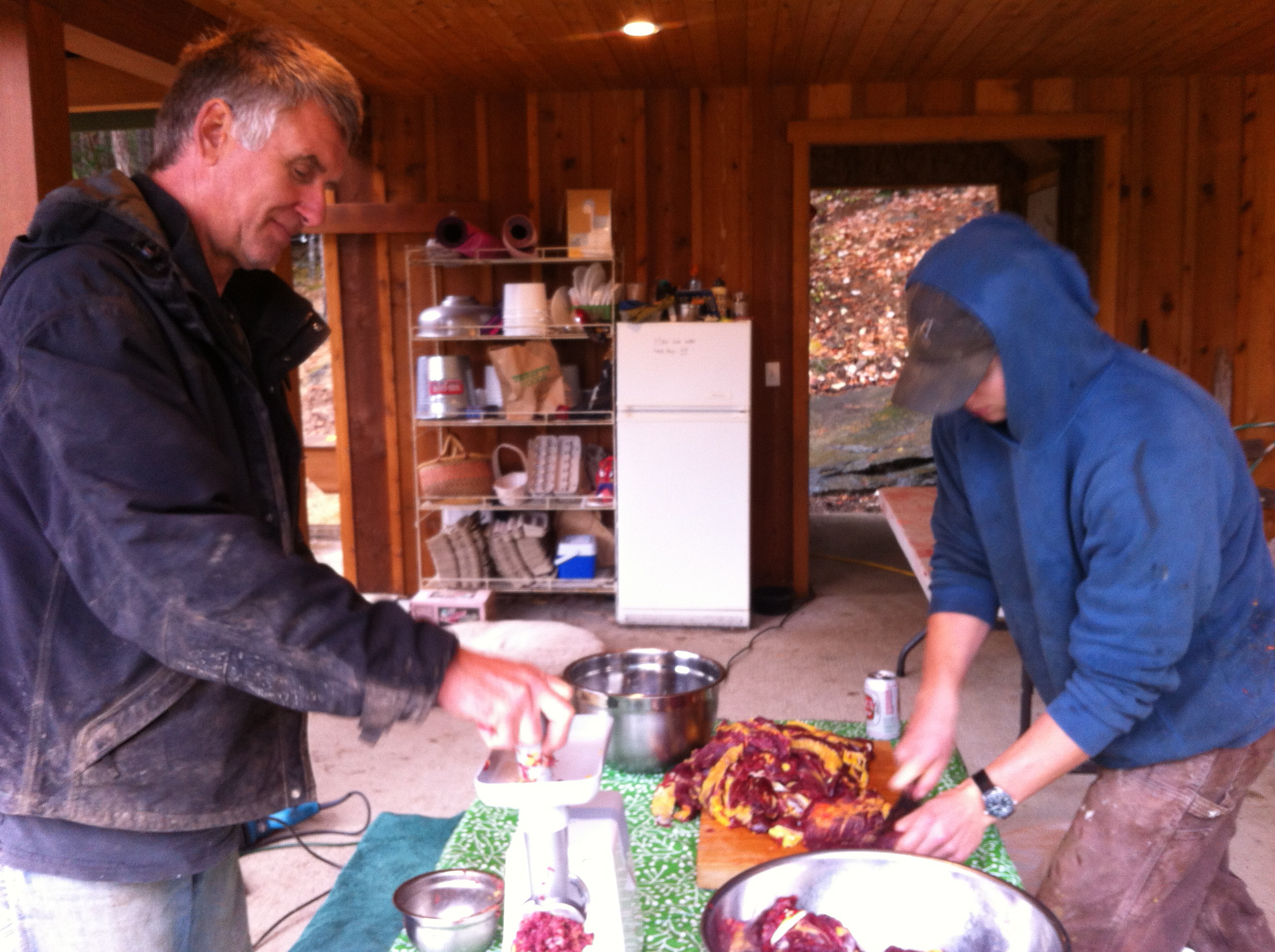 It turns out that she did taste really good. The yellow fat marbled the meat beautifully and she was very tender. We’ve enjoyed rare roast beefs, pulled beef sandwiches, hamburgers and many other wonderful food stuffs out of this cow.

In the end, it felt right. To use her in a way that respected what she was, and not to just dig a hole.

Would I do it again? In a heartbeat.

We got 125 lbs of meat as well as 15 lbs of fat to render into beautiful tallow. Well worth it. We thought we had a saw that would work for cutting up bones so I could make large batches of bone broth to can, but it didn’t work out.

We fed this cow grain when we were milking her, and we didn’t have access to organic grain, so we used conventional and turned a blind eye. I’ve since learned that the GMO corn and soy can cause infertility, and we’re lucky to now have access to an organic, corn free grain that we feed our current milk cows. We are much happier that our milk is organic, and we’re hoping this solves some infertility problems as well!

If you have any questions about this, or are in the same situation, please send them to me! 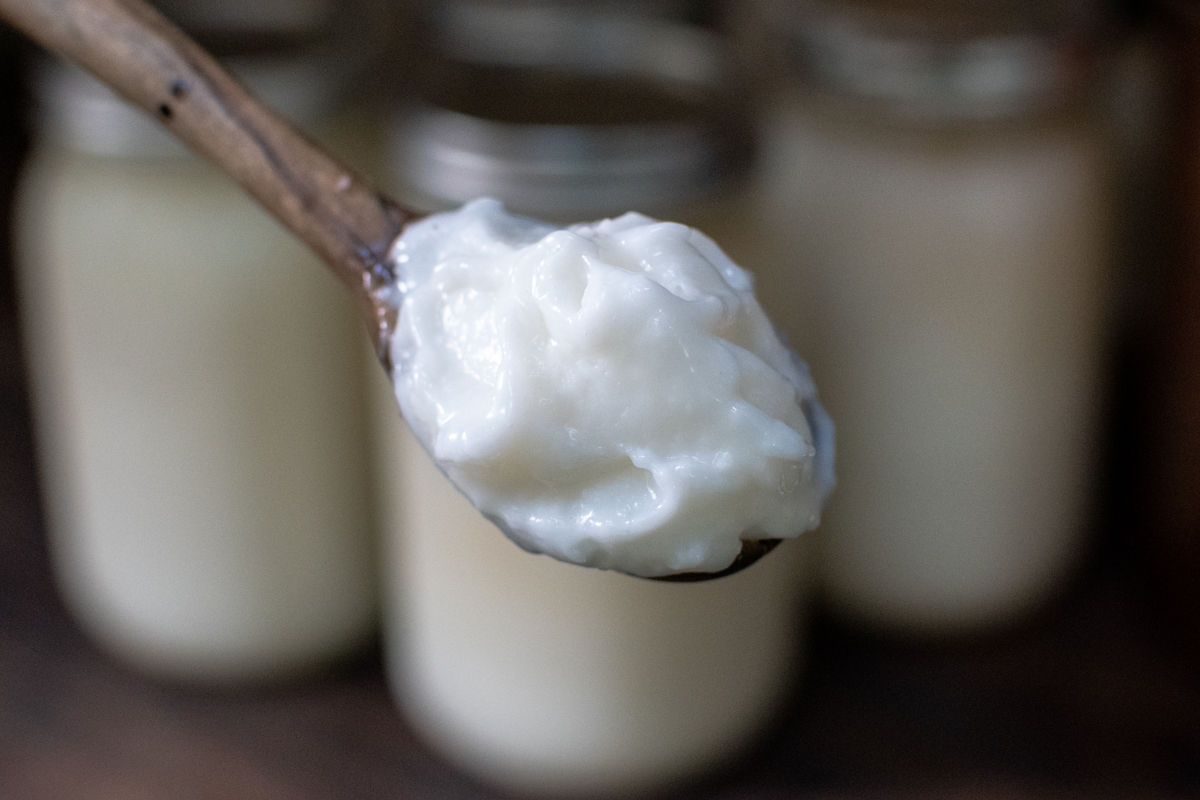 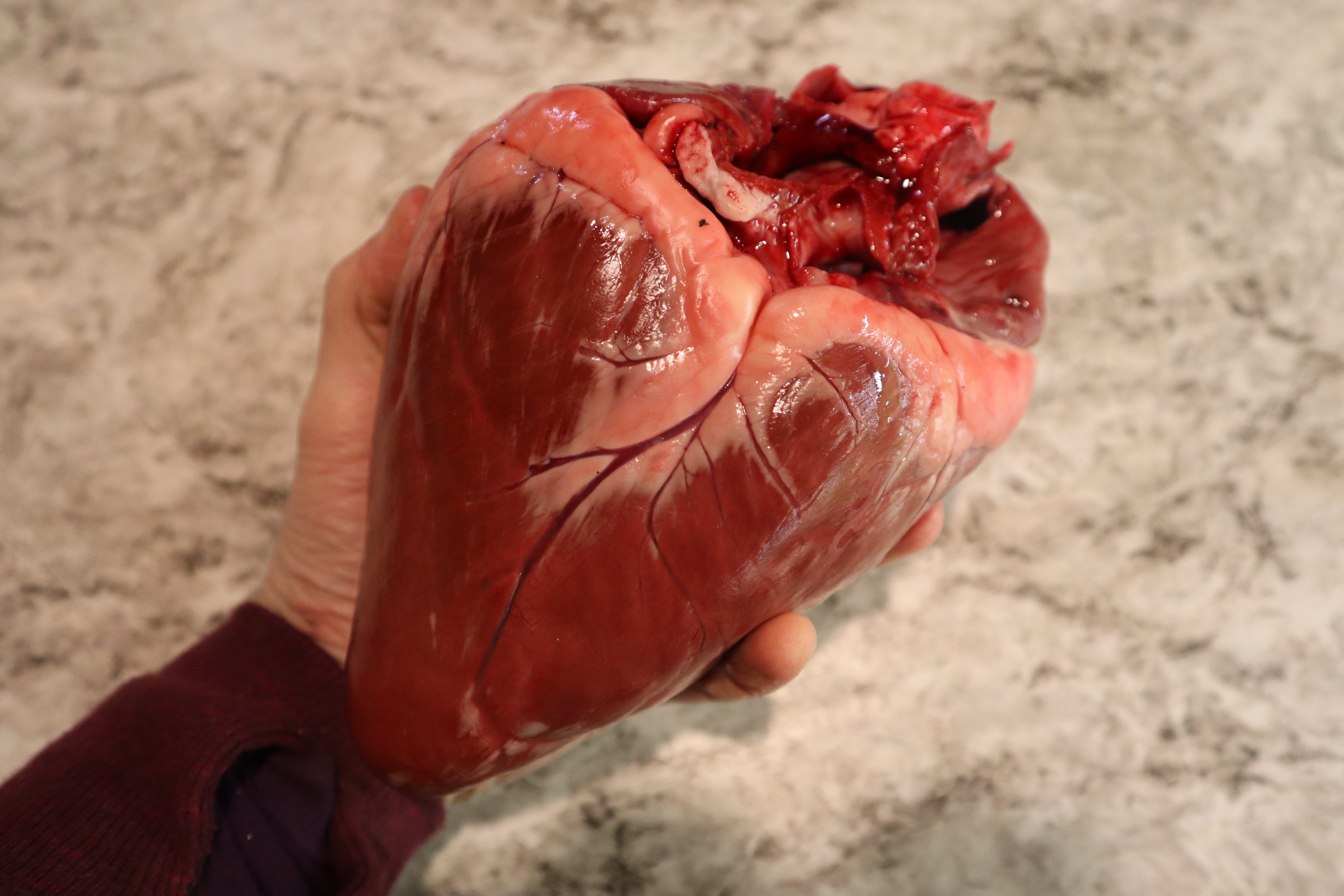