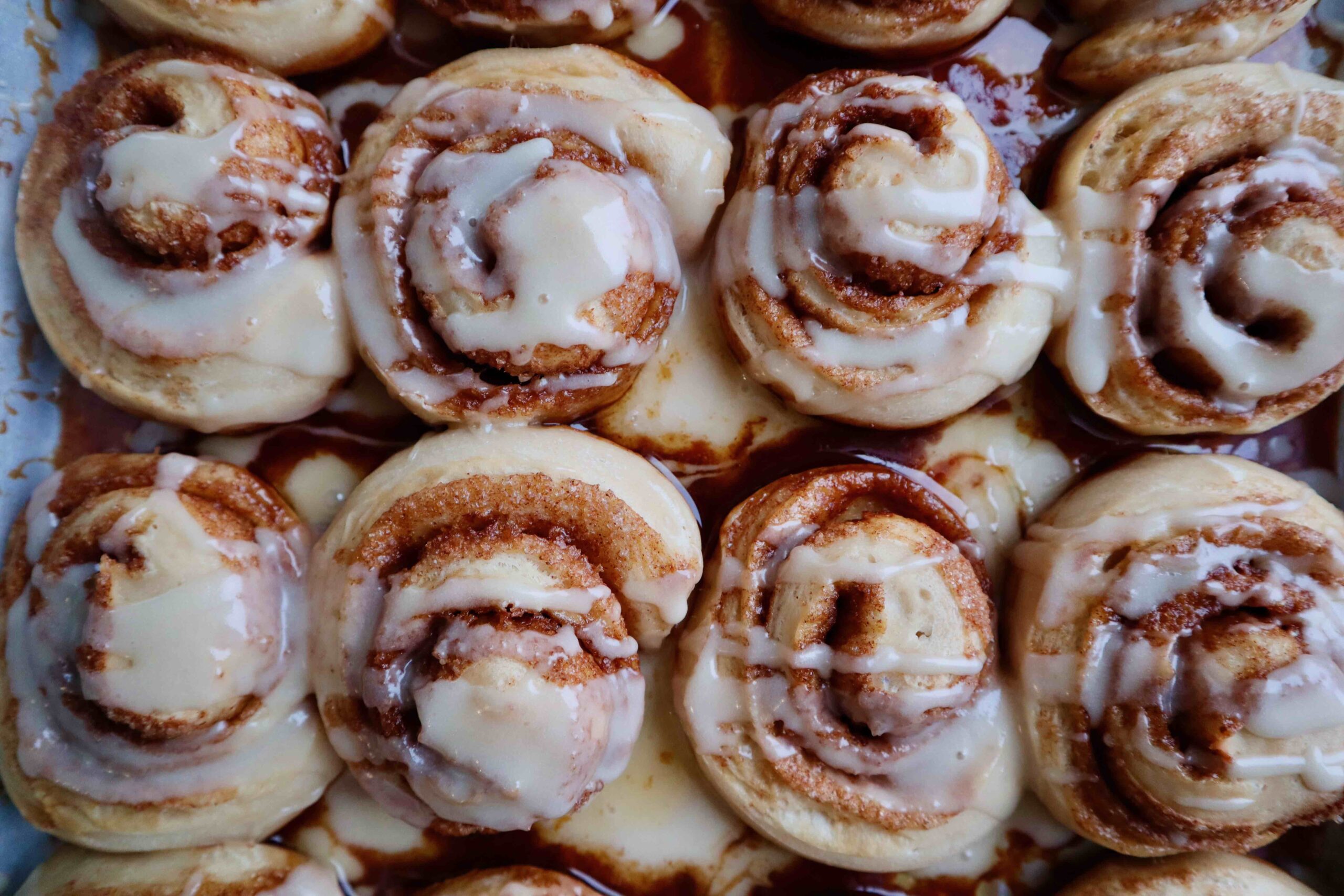 I LOVE cinnamon buns. No two ways about it. Right now our family can only do wheat that has been soured or we need to bake gluten free. Too many of us can’t handle unfermented/soured wheat so it’s not worth trying to bake multiple things to suit everyone’s needs. Most sourdough cinnamon buns are somewhat of a challah dough, meaning they have lots of eggs, oil/butter, and sugar. I don’t always have 6 eggs to make a batch of dough, and this results in me not having cinnamon buns as often as I need.

Enter my Soft Sourdough Master Dough Recipe…one recipe, many ways to bake it. So far I have used it for French bread, buns, sandwich loaves, and now cinnamon buns. I’ve got more experimenting up my sleeve as well!

There is so many ways to fancy up your cinnamon buns…

Cocoa in with the cinnamon sugar.

Raisins or nuts in with the cinnamon sugar.

Coffee as the liquid in your icing.

I could go on, but we’re only making each other hungry here at this point. 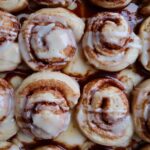